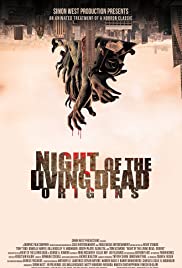 If you’ve seen the original ’68 and/or ’90 version of the George Romero film then you know the basic story.  Barbara (voiced by Danielle Harris) and her brother Johnny (Bill Moseley who played the same character in the ’90 version) go to a graveyard to visit their dead father’s grave when they are attacked by a zombie.  After Johnny dies, Barbara flees down the road finding herself at the farm house where she meets Ben (voiced by Tony Todd, also returning from the ’90 version) and the rest of the cast of characters.  It starts of nice and well just like the original film but then detours as the action soon leaves the house and takes to the city streets.

The detours in the plot that this film takes are interesting and refreshing from a film that’s been redone, remade, and re-imagined by more people than any other film in history and none of the proceeds going back to the original filmmakers.  Some of the more creative rip-offs includes NOTLD: Resurrection (2012), NOTLD 3D (2006) and its sequel 3D: Re-Animation (2012) and there is even a new one to be released soon called NOTLD: Genesis, in addition to all the ones previously mentioned.

Although this would seem to be an interesting film, the animation style is what pulls it down as it is basic and lacks refinement and cohesiveness.  This is surprising considering that the Reanimated film had a plethora of different styles from different creators and yet it all messed together.  Directed  by Zebediah De Soto and Krisztian Majdik the film is inspired but may not appeal to anyone other than hardcore NOTLD fans interested with a curiosity for something new.