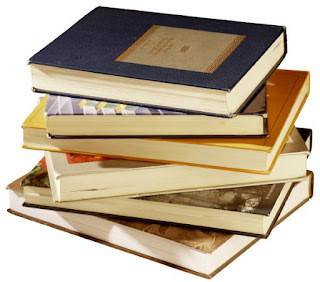 It’s 2016 and it’s time to look at all my accomplishments over the course of the last year in order to see where I stand and how I can improve for the New Year.  At the beginning of 2015 a friend of mine published online all the books she read (or re-read) during 2014 and boy was it a massive list.  Her list put me to shame so much that I knew I had to change.  I’m a writer and I’m not even reading enough books.  How can I be a good writer if I’m not also reading, so as part of my 2015 New Year’s Resolutions I told myself I would keep a list of all the books I completed throughout the year.  I say completed because I have the habit of reading 3-5 books at the same time and never finishing them in a timely manner.  I had a discussion with my friend who informed me that even though I didn’t read as much as she did, I did watch more films than she did.

This got me to thinking.  Maybe I should also do a list for that (so I could at least have bragging rights in that area).  Now that 2015 is over I have a completed list of books that I’ve completed (as well as films and I ended up adding graphic novels and Legit, or theatre shows as well).  What ended up on my list is surprising but not in the way that I expected.

Growing up I read a lot of fiction from Stephen King, Clive Barker, Dean Koonz, and the literary classics from Mark Twain, Edger Allen Poe, and so on.  As I’ve gotten older my tastes have changed so much that of the sixteen books that I read last year only two are fiction – David Wong’s “Joe Dies at the End” and Clive Barker’s “Tortured Souls: The Legend of Primordium” (which is probably more of a novella that was offered on my Nook).  The rest were all non-fiction.

And the non-fiction books I read were not an eclectic offering either, they were all film related.  With the exception of Jeet Heer’s “In Love With Art: Francois Mouly’s Adventures in Comics With Art Spiegelman,” all the non-fiction books I read in 2015 were film related.  I read two books on acclaimed director David Cronenberg (Scott Colbert’s “Celluloid Flesh: The Films of David Cronenberg” and Mark Browning’s “David Cronenberg: Author or Film-Maker?”), several books by Luigi Cozzi on masters of Italian cinema (“Four Flies on Grey Velvet [Making of the Film]” and “Mario Bava – Master of Horror” and “Dario Argento and The Making of ‘Deep Red’, his collaboration with Federico Patrizi and Antonio Tentori), David J. Skal’s “The Monster Show: A Cultural History of Horror”, and Paul Wells’ “The Horror Genre: From Beelzebub to Blair Witch”.  Books I read based on actual films include the ones listed above and John Griffin’s “Trick ‘R Treat: Tales of Mayhem, Mystery & Mischief” and Carl Macek’s “Heavy Metal: The Movie” and the Stephen Jones compilation “Clive Barker’s A-Z of Horror: Official Companion to the Critically Acclaimed BBC Television Series” not to mention Peter D. Fleming’s “The George Miller/Romero Connection: Was Mad Max a Survivor of the Zombie Holocaust”.  These all happened to be related to the horror genre in some way (which came as a complete surprise to me).
The only books I read that weren’t associated with the horror genre were Gary Gerani’s “Top 100 Fantasy Movies” and Simon Braund’s “The Greatest Movies You’ll Never See: Unseen Masterpieces by the World’s Greatest Directors”.

It seems that having made this list I read too many books on the horror genre and not enough fiction books.  The great thing about having made this is that I now have evidence and a record in which is do better for 2016.  Reading one book a month should be something everyone can do and I just barely got to it with my sixteen for the whole year.  I can definitely do better this year, so I’ve decided that I need to read at least one non-fiction and one fiction book a month (so I should at least end up with twenty-four by the end of the year).  I also vow that at least six of those non-fiction books will have nothing to do with the film industry.  I have a lot of different interests so I need to expand my horizons a bit and become well-rounded.

I implore anyone who wants to set themselves a goal for becoming a well-rounded reader to try what I’m doing and keep a list of the books that you complete over the course of the whole year.  Add books to your list that you want to read that you’ve just never gotten around to and check them off as you finish them.  By the end of the year you’ll have accomplished something you probably never thought that you could.  Reading should be fun and exciting just like watching a movie and it’s something we should all do more often.

In future segments I will discuss the graphic novels I’ve read, films I’ve seen, and Legit theatre productions so be on the lookout for those and feel free to send me suggestions of books I might like.  2016 is just starting and I have a lot of catching up to do.
Posted by Kevin L. Powers at 3:31 PM