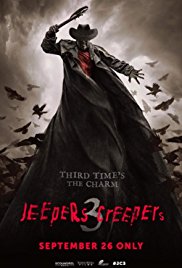 It’s been over a year since the last “Rants & Ravings About Horror” as I took some time away to focus on my film festival – Something Wicked Film Festival, which focuses on animation, horror, fantasy, and science fiction shorts and feature films.  Now that we’ve completed out second year, I thought it’d be a good time to get back to pen & paper (or computer screen) as I just came back from a special screening of JEEPERS CREEPERS 3 (2017) which marks the return of The Creeper from a fourteen-year absence and writer/director Victor Salva, who has been behind all the films in the franchise thus far.

There was great anticipation for this film on my part as I thought JEEPERS CREEPERS II (2003) was an improvement over the 2001 original film.  I won’t get into the controversy surrounding director Salva as I’m under the impression that a person’s personal life should be separate from their art but I will get into the significance of these films.  In 2001, Salva’s original film was unleashed upon an unsuspecting public and even though it only made a little over $37 million at the Box Office (on a $10 million budget) it was very popular with audiences and The Creeper became an instant sensation.  The original film was dark and mysterious and centered on a brother and sister who see something unbelievable that gets them stuck in battle for their lives against The Creeper, an ancient creature that gets to kill for 23 days every 23 years.  The Creeper was unstoppable and an original creature that acted more human than monster with fantastic weapons at his disposal.  No one was safe especially those it smelled the unique fragrance of fear that it craved.  It also contained a unique twist ending no one was expecting.  The film played more like a slasher film with an unstoppable monster at the center which made it fresh and innovative at a time in horror that was dominated by torture porn and PG-13 horror. 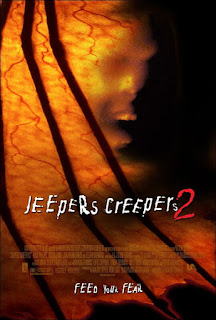 When the sequel was released in 2003 Salva added a taste of revenge thriller to the mix as The Creeper went after a bus load of basketball players.  Character actor Ray Wise is Jack Taggart who wants vengeance against The Creeper and gets entangled with the creature on the last of its 23 days to kill before it goes into hibernation.  This film is better written and executed than the previous film, which had been hampered by a lot of common horror film conventions.  Wise was the crown jewel in this film because he brought so much weight to a film that could have otherwise been nothing more than a run of the mill monster film.  With a bigger budget that almost doubled that of the original at $17 million the film only managed to gross $35 million at the Box Office which was less than the original.  This film was better received by audiences and critics but the fact that it essentially made less than the original put any future sequels on hold.

The road to JEEPERS CREEPERS 3 was an extremely long one as there were rumors of a sequel for years and audiences were held in limbo.  The original proposed sequel CATHEDRAL would get a poster and teaser trailer but very little news about the film itself surfaced until 2015 when Salva official revealed he was working on a script.  Then the film went into production and the controversy surrounding the director’s past resurfaced even though it had been a problem that came up during the original film’s production process.    The question of how to divorce the art from the artist has been a debate for eons from the controversy surrounding such acclaimed directors as Alfred Hitchcock, Stanley Kubrick, Woody Allen, Mel Gibson, Roman Polanski, and more recently Nate Parker and Bill Cosby, to name a few.  This controversy is probably one of the reasons why JEEPERS CREEPERS 3 is not getting a wide theatrical release as with the previous films but a limited screening through Fathom Events.  A limited number of cities and theaters will screen the film and a small number of fans will get the chance to see the film on the big screen before it finds its way on DVD/BD and digital download and streaming.  I happened to be in luck as the local theater was a Fathom Events supporter and was getting the film. 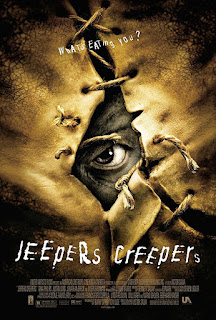 When I got to the theater for the advertised 7:00pm screening, I was shocked that it had already been “Sold Out” but I was lucky in that they added an additional for 7:10pm.  I immediately bought my ticket and waited the forty minutes for the film to start.

Being a huge fan of the first two films I likened the anticipation for this film with the same as I felt for PHANTASM V: RAVAGER.  The remarkable thing about the JEEPERS CREEPERS franchise and PHANTASM and I’ll even include CHILD’S PLAY is that the original creators have all been involved in the subsequent sequels (and in the case of CHILD’S PLAY it is original writer Don Mancini who now directs each sequel as well).  This gives the franchise a sense that each subsequent film is an official continuation and fans the belief that the films are uncompromising by studio interference.

JEEPERS CREEPERS 3 is a long time coming but for fans of the franchise it doesn’t disappoint.  It takes the elements of the first two films and expands them and twists them into something new.  The film takes place directly after the original film (but before Part 2) in which a ravaged police precinct must deal with The Creeper who have killed their own.  Joining the police is Sheriff Tashtego (Stan Shaw) who has history with The Creeper from the last time it showed up.  Tashtego has assembled a group of bounty hunters with one purpose which is to kill The Creeper once and for all.  The Creeper may have managed to slip through his fingers this time but he seeks out the help of an old friend Gaylen Brandon (Meg Foster), who has been recently seeing the haunting image of her son Kenny (Jordan Salloun), who was killed by The Creeper twenty-three years earlier.  He hopes that she holds the key to finding a way to kill the monster once and for all.  Gaylen has problems of her own as she is told by Kenny that The Creeper is heading her way to settle old debts before disappearing again for another 23 years.  Also caught in the middle is Gaylen’s niece Addison (Gabrielle Haugh) which The Creeper soon takes a liking to. 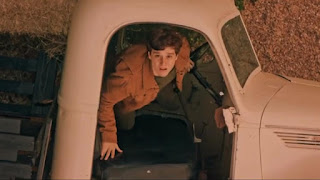 One of the big differences between this film and the previous films is the fact that most of the film takes place during the daylight hour so audiences get to see The Creeper in all his gruesome glory.  This deflates and sense of suspense in the film which is okay since audiences are now accustomed to The Creeper anyways.  The other addition to the franchise is the overwhelming presence of the police and the action elements that police customarily brings with it.  There is more fire power and guns on display in this film diminishing the horror elements that made the first two films so interesting.  The film takes a page from the UNDERWORLD and RESIDENT EVIL playbook in this regard.  Even though these elements seem like a natural progression since the last film was released over a decade ago, old school fans will not like it.  I heard laughing in the background during some sequences when there shouldn’t have been and some people walked out before the end of the film. 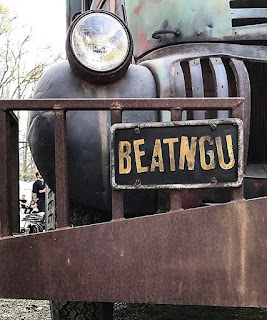 I’m of the camp that enjoys these films because of the demanding work and autonomy of the film-makers and respect their passion for their own projects.  PHANTASM IV: OBLIVION may be director Don Coscarelli’s worst film because there is so much passion in the film that you can’t simply dismiss the result.  The same can be said of this film.  Director Salva has been living with the franchise for a very long time and by the end of this film you realize he has a definite direction on where to go next which is great for the die-hard fans.

This being said, random film fans (not the die-hard fans) will probably not agree with my assessment but there are some amazing new toys from The Creeper and he’s given more screen time in this film then both of the previous films combined so there is a lot to be thankful for.