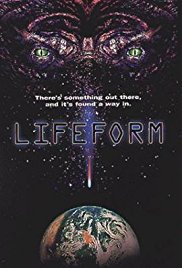 The Viking space capsule returns to Earth from its journey to Mars bringing with it something potentially dangerous in the film LIFEFORM (1996).  When the Viking lands within restricted military space Dr. Case Montgomery (Cotter Smith) brings in his most trusted colleagues Dr. Gracie Scott and NASA’s Michael Perkett (Deirdre O’Connell and Leland Oser, respectfully) to help him assess the authenticity of the capsule.  Just as Colonel Pratt (Robert Wisdom) and his men show up to take over the discovery, Montgomery and Scott learn that the capsule was carrying an alien creature that threatens the safety of them all and everyone on the planet.  The base is ordered quarantined and Montgomery & Scott have a limited time to find the alien and make sure it isn’t a threat to national security.  This is made more difficult as the alien is highly intelligent which makes finding it a problem especially when Colonel Pratt and his men have no idea the danger they have now find themselves in.

LIFEFORM is a fun science fiction film in the tradition of CREATURE (1985) and CRITTERS (1986) and the monster holds up fairly well even today.  Although it gets repetitive at sometimes and characters react in that “horror film” way, it’s charm is in the fact that it tries so hard to make the science in the film so believable.

The film is written and directed by Mark H. Baker and this is his sole directing credit although I am surprised that he didn’t continue to direct given that this wasn’t an entirely un-entertaining of a film.
Posted by Kevin L. Powers at 4:34 PM