The story of Little Red Riding Hood is as old as it has been re-interpreted by different story tellers and film makers and even been used several times as the basis for a werewolf film which is where Little Dead Rotting Hood (2016) comes in.  It follows Samantha (Bianca A. Santos) who has been recently sacrificed by her Grandmother (Marina Sirtis of Star Trek: The Next Generation) in order to prepare for the coming epic battle of werewolves verses humans.

Trapped in the middle of all this is Danny (Romeo Miller) who is searching for his girlfriend Samantha when he discovers what she’s become.  With the help of the local Sheriff Adam (Eric Balfour) the two must find a way to stop the werewolves from rising and killing all the humans in their town but it won’t be without the help of the supernatural Samantha whose sacrifice has made her into something that even werewolves fear.
The film is saddled with an unimaginative script and bad CGI, which wouldn’t be all that bad except its really bad CGI.  The only thing that’s remotely interesting is the story about Balfour’s Sheriff whose search for the truth is actually an interesting one and he does a great job as an actor in the role.  It’s hard to believe that he’s so good yet everyone else around him is so mediocre (if not all out bad).  It’s good to see Balfour giving 110% even when the film doesn’t deserve it.

A film really only (barely) for the curious and the werewolf fans. 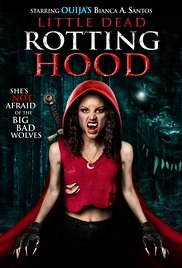