A MONTH OF ANIMATION 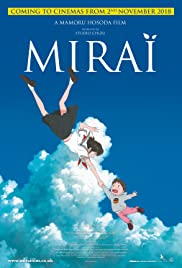 Last November I spent the month catching up with the various animated films and series that had passed me by mostly due to there being so much content out there.  My original intension was to get through as many films that I had missed as I could but instead I actually got through a lot more series than I was expecting.

To start off, I took this month to, finally, get through season 2-3 of the original Beetlejuice: The Animated Series.  I didn’t actually watch a lot of this show when it was originally released but found myself purchasing the entire series on DVD.  I used this month to get through two of the series’ for seasons.  The best thing to come of this is the fact that it is now one of my son’s favorite animated shows.  Being an Ultraman fan I decided to watch the first season of the Netflix Ultraman series based on the current manga series.  It follows closely to the manga and overall is an excellent update to the character and series. 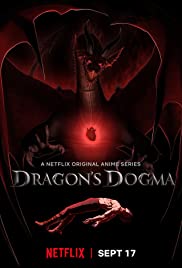 Next up I decided to catch up on Ghost in the Shell with the SAC_2045 series (also on Netflix) and the first three films in the ARISE collection (Border 1: Ghost Pain, Border 2: Ghost Whisper, and Border 3: Ghost Tears).  I enjoyed the SAC_2045 series but wasn’t a big fan of the ARISE series; I still have the final two films in the ARISE series to watch and previous animated series in the franchise but both contain some interesting ideas and concepts.

This brings up another manga and classic series that got a facelift which is the Cyborg 009: Call of Justice series from 2017 which is actually a really good update on the old series and manga.  The next show based on a popular manga I managed to get to is Parasyte: The Maxim which is one of my favorite manga and since the show follows the manga pretty closely I ended up loving this one as well.

On a different level are the animated series Dragon’s Dogma and Netflix’s Blood of Zeus both of which are violent and exceptionally good in their own right.  But my favorite series of the month happens to be Japan Sinks: 2020 but if you’re not in the mood for a series that gets increasingly bleak and somber before the final episode then this one is not for you. 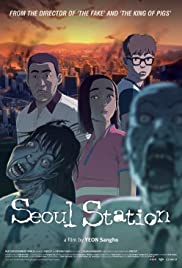 Unfortunately, due to all the series that I watched I was unable to watch very many films but the ones I did manage to view are the following – Seoul Station (2016), Mirai (2018), Dr. Seuss’ Horton Hears a Who! (2008), Arthur Christmas (2011), and A Creepshow Animated Special (2020).  Of particular notice were A Creepshow Animated Special and Seoul Station which were the two horror films viewed despite some of the other series containing a lot more violence.  Creepshow was an interesting way to do a film during the COVID pandemic while Seoul Station adds tremendously to the Train to Busan franchise.

My favorite film ended up being Arthur Christmas despite my not being a big fan of Christmas films.  This was just an amazing film that I had been missing for far too long. 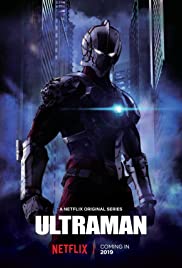 I would have liked to have seen more animated films as my watch list continues to grow each year but I did manage to shorten my series list tremendously.  I think that when another animation month comes around I’ll focus on either series or films but not both.

Well, I hope this list provides you notice of new films to seek out.  I didn’t actually see anything that was truly horrible but I’ll let you be the real judge of that.