A MONTH OF NON-FICTION FILMS 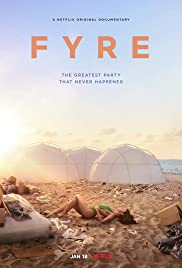 After a month of animation (November), I wanted December to be a little different so I decided to focus on non-fiction films and series.  Due to the fact that there were so many series that I wanted to catch up with I focused more on those than films.  I managed to get in a few films but there were so many series that I needed to watch and that seemed more compelling.

I actually only managed to view three films which included Born in Gaza (2014), American Factory (2019), and FYRE: The Greatest Party That Never Happened (2019).  Born in Gaza was a blind watch whereas American Factory I had heard a lot of great things about and was one that I missed from the previous year.  FYRE I watched due to a lot of my friends who had recommended it to me in addition to the fact that I knew a little about the topic of the film prior to seeing it. 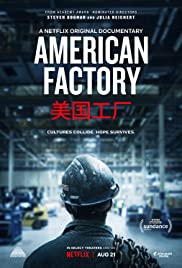 All three were great films that were different from each other.  Born in Gaza was the story of children trying to survive a war torn Gaza which had some of them supporting their own families.  It was a harrowing look into survival.  On the other hand FYRE was a look into having too much money and excess in regards to the greatest party that never happened due to corruption, unrealistic goals, and other things.  Both films get into the reality of the situation with footage and candid conversations with the various subjects.

American Factory on the other hand depicts cultural relations as it pertains to American and Chinese factory workers trying to find a common ground.  It takes a look into cultural and work habits as well as integration of ideas and efficiency.

This is where I viewed the most content and I will separate this into two sections which will focus on docudramas and competitions because I consider both to be non-fiction but they are their own separate animals. 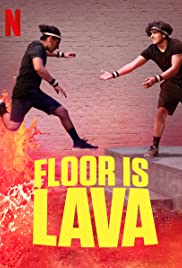 First up are the competition shows that I viewed which include – The Great British Baking Show (Season 11 of the regular show and Season 3 of Holidays spin-off), Sugar Rush Christmas (Season 2), Million Pound Menu (Season 1-2) and Floor is Lava (Season 1).  I love competition shows but as you can tell from this selection that I enjoy cooking shows.  I like to keep up to date on my regular shows but added Million Pound Menu this year which I enjoyed more than I was expecting.  British Baking Show is a brilliant show and unfortunately I’ve now seen pretty much everything that is available on Netflix.  I had heard a lot of great things about Floor is Lava which is why I took a chance on that one and I wasn’t disappointed; my only criticism is the fact that they change the format several times during their “Level 2” episodes as if they are experimenting with the format.

The second part of my series focuses on docudramas which are what most people would be thinking about in terms of non-fiction series.  My interests are huge in regards to the style and subject matter and this month’s viewing selection is no different.  What I managed to get through were Trial 4 (2020), Don’t F**k With Cats: Hunting an Internet Killer (2019), Challenger: The Final Flight (2020), and all three segments of the Surviving R.Kelly franchise [Original (2019), Impact (2019), and Part II: The Reckoning (2020)].  Although the Challenger series alludes to a crime having taken place in regards to the tragedy, all the other series are true crime series.  All were excellent!  There wasn’t a weak one of the bunch.  They each presented compelling and interesting stories over the course of many episodes.  Even Surviving R.Kelly, which is mostly talking heads, managed to craft some captivating personal stories. 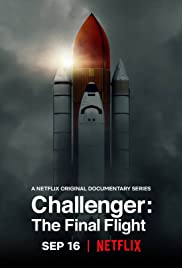 Netflix is known for some amazing true crime series (although they had nothing to do with Surviving R.Kelly franchsie) of which those listed above are no exception.  I’ve actually started watching more of them over the last year due to the COVID lockdown.  Before this year I only watched a handful but I’ve now seen most of what is on Netflix as they have one of the largest selections of true crime series.

Overall, December was a good month for catching up on some series although I wished I had spent more time on some films.  I also wished I had a broader interest in competition series as well.