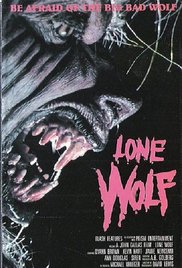 Being as old as I am and having grown up watching horror films of the late ‘80s and ‘90s I tended to gravitate towards some of the most obscure films that have stayed with me my entire life.   I saw Phantasm II (1988) before the original and it turned me into a huge fan.  I’ve seen The Gate (1987) more than a hundred times and Basket Case 2 (1990) and Brain Damage (1988) introduced me to the warped mind of director Frank Henenlotter (I didn’t see the original Basket Case until over a decade later as my local video store didn’t carry it because someone damaged it).  These are but a small sampling of some of my favorites but none has been as elusive as Lone Wolf (1988) which I’ve been looking for, for over a decade.  This film has been very elusive thanks to my bad memory of thinking the film was simply called Werewolf or Wolf but also because the film is missing in action on DVD and Blu-Ray and that there isn’t a huge cult following for the film which made asking questions about the film to my other horror fans very hard. 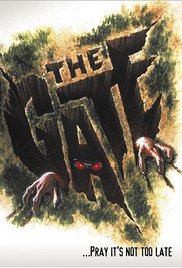 Even when I discovered the true name of the film (only about two years ago) the film has been elusive to me, until now.  With no official release of the film I had to turn to getting a DVD bootleg of the film as even a VHS copy was out of my range (average cost between $60-$80 when one managed to show itself on EBay).  You may not know about this film, and I won’t fault you if you don’t since it’s a pretty standard werewolf film.  Growing up I loved werewolf movies more than all other movie monsters.  The Howling (1981) and Silver Bullet (1985) were my favorites and even though most people would put An American Werewolf in London (1981) above those, I never did since that film always seemed far removed from me since it took place in London.  Both The Howling and Silver Bullet were American films that seemed like they could happen in my own neighborhood and even though I identified with the fire cracker Marty (Corey Haim) of Silver Bullet it was the rock band bad boy of Lone Wolf that I really wanted to be who might also “be” the werewolf.  Both The Howling and Lone Wolf made it kind of cool to be the werewolf so those are films I watched a lot growing up.

As the years passed and I watched more werewolf films (countless Howling sequels among them), I forgot about Lone Wolf enough to have forgotten the name of the film but I always remembered scenes that I loved.  The film remained this elusive memory in the back of my brain for years because it was a film that I couldn’t find anywhere and that no one knew of.

When I recently watched the film again for the first time in probably twenty-plus years the film still had an effect on me, despite being dated.  It’s one of those films that stays with you if it had an effect on you when you were a kid.  There are many films (both good and bad) that stick with you and remind you of your childhood despite the lack of quality of the film.  An American Werewolf in London is probably the more fondly remembered of all the werewolf films thus far mentioned as it is the least dated but Lone Wolf is the film that will probably stay with me the longest.  Now that I have the film (and the right title for the film) I can make sure it never disappears from my conscious again and if you’ve never seen the film you should look it up especially if you’re a fan of werewolf films.

We all have films that we remember better than they actually are but we should never stop appreciating them as they are part of our history and why we love the genre.  Despite others opinions to the contrary you should embrace these films – good, bad, horrendous, etc. and remember that at one point in your life this was the perfect film at just that perfect moment and that as a grownup we don’t get those perfect moments as often so we should cherish the memories of all those that we had as a child when we can.
Posted by Kevin L. Powers at 1:48 PM