RANTS & RAVINGS ABOUT HORROR – “HOW MONSTER FILMS DEFINED MY LIFE”

RANTS & RAVINGS ABOUT HORROR – “HOW MONSTER FILMS DEFINED MY LIFE” 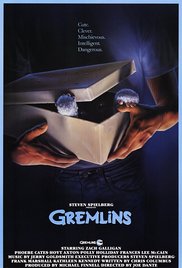 Now I know part of the reason why Mr. Adams decided on this topic for a panel discussion is because he has the podcast “Monster Attacks!” where he has spoken at length about his love for monster films.  For many people, monster films from the Universal horrors of Dracula and The Wolfman to Hammer Studios’ Frankenstein and The Mummy were defining characters of fear from childhood.  For more modern audiences there is Leatherface and that dream demon Freddy not to mention the likes of Ghostface Killer and The Jigsaw Killer.  No matter which decade, audiences have their own nightmare monster that haunts them or fascinates them to no end.

I was one of the film-makers on this panel discussion and one of the films that defined my childhood was the Joe Dante film Gremlins (1984).  I saw this in the theater in ’84 at the early age of 8 and it left an undeniable impression on me.  The monsters were both cute and cuddly and dangerous and fun at the same time.  It was like watching a bunch of unruly children at play able to do whatever they wanted.  It also had an amazing soundtrack by Jerry Goldsmith (who became my all-time favorite music composer).  The film was dark and horrifying as well as funny and entertaining.  It had the perfect mixture of comedy and horror and part of that is due to the very dark photography of the film and the fluid cinematography.  It truly became one of my all-time favorite films for which my love for other monsters would grow.

I didn’t grow up with the black & white Universal monsters nor had I seen many of the bloody Hammer Studio films until I became a big horror fan in my teenage and college years.  The next monster I gravitated to was that of the Good-Guy doll Chucky.  When I saw Child’s Play (1988) I had never seen anything like it before.  A serial killer uses Voodoo to possess a doll and to continue his killing spree.  Even though this film played straight into horror (unlike the more comedic sequels) it still was quite fun and entertaining.  By ’88 when this film was released and I was eleven years old I had already become a horror fan but nothing had defined my true love of the genre just yet until this film.  I got the poster for the film from the nearby Video Store (how I miss these establishments) and I placed it lovingly on my bedroom wall (where it was later joined by posters of the second and third films).  It was the first poster I ever put on my wall but it would not be the last.

I followed the continuing exploits of Chucky to cinema with Child’s Play 2 (1990) and Child’s Play 3 (1991) which I had to beg my Father to take me to since I was too young for the R-Rated horror.  At this point I did come to realize how much I loved horror films but more importantly – monster films.

At this point you could say I went looking for monsters as I learned to love all monsters big or small.

It wasn’t until Clive Barker’s Nightbreed (1990) that I wished I was one of the amazing monsters that populated our magnificent world.  Barker crafted a story where the monsters were the good guys while man was the bad guy.  This film defined the idea of what a monster could truly become.  The monsters in Barker’s film were deformed and misunderstood as well as dangerous and fascinating. 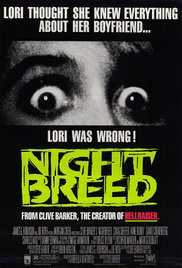 It was after this that I became a true and everlasting monster fan.  From the films featuring Godzilla and his rogue’s gallery to the Cenobites of the world of Hellraiser I loved monsters both other-worldly and those more human.  My favorites were monsters not easily described or defined like those in Christine (1983), The Thing (1982), Puppet Master (1994), Critters (1986), and especially Killer Clowns From Outer Space (1988), to name but a small few.

I most certainly enjoyed the exploits of Michael Myers and Leatherface (and family) and even those Freddy films but it was with these non-human monsters that I enjoyed more and would later define my love and appreciation of horror.  For me, monsters aren’t defined as either good nor evil but in most films, they are simply just trying to survive and do what comes naturally.  This is the defining trait of King Kong and Godzilla as well as many other timeless monster films.

Serial killers and mass murders are interesting but monsters are something from the imagination where anything that can be dreamed can become a reality.  Therefore, they’ve had such a profound effect on me as not only a film maker but a storyteller and a film lover.  If nothing else, I implore others to seek out monster movies not just for pure entertainment and enjoyment but to understand oneself and the world in which we live (and the one created for the monsters to live in).  It’s never too late to enjoy a good monster film.