RANTS & RAVINGS ABOUT HORROR – “HOW RESIDENT EVIL: THE FINAL CHAPTER BECAME ONE OF THE HIGHEST GROSSING HORROR FILMS OF THE YEAR!”

RANTS & RAVINGS ABOUT HORROR – “HOW RESIDENT EVIL: THE FINAL CHAPTER BECAME ONE OF THE HIGHEST GROSSING HORROR FILMS OF THE YEAR!” 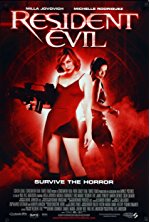 It may come as a shock to many people (even horror fans) but Resident Evil: The Final Chapter (2017) became one of the highest grossing traditional horror films of 2017 (with the exception of the monster hit remake of Stephen King’s It).  With $312.2 million at the Worldwide Box Office the final chapter in the long running zombie-action-horror franchise comes to a satisfying conclusion.  This film is the highest grossing of all the others in the franchise proving the extreme popularity of the films with fans of the actual game and general horror fans (and franchise star Milla Jovovich). 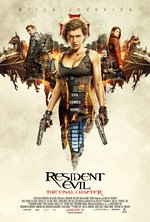 With this closing chapter writer/director Paul W.S. Anderson went back to basics in terms of style with the grittier action sequences and look of the zombies and monsters; he strayed from the more colorful visual palette of the past two films to return the franchise to the roots of the look of the original film.  Despite some questionable story elements, the film does a fantastic job putting all the pieces of the franchise together into a complete puzzle which fans, who have stuck through the duration of the films, will appreciate.  This is one of those few horror franchises where the same person has hung in there with each of the films till the end.  Anderson may not have directed all the films (just the original and the last three) but he has written them all and was producer for all of them over the course of fifteen years!  Some of the only other franchises to have a similar track record is writer/producer/director Don Coscarelli with the Phantasm franchise (37 years), writer/director Victor Salva and Jeepers Creepers films (17 years), writer/director Don Mancini with the Child’s Play franchise (29 years), writer/producer/director Sam Raimi and producer Rob Tapert with the Evil Dead films & television series (34 years) and writer/actor/director Leigh Whannell with the Insidious films (7 years), to name a very few. 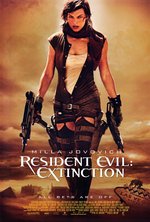 RE fans and general audiences have enjoyed watching the journey of the main character Alice (Jovovich) or “Project Alice” as she is also called in the films.  She has changed and developed from film to film gaining and loosing friends and allies on her quest to stop the Umbrella Corporation from destroying all of humanity on Earth.  The franchise has become one of the most ambitious horror franchises in history with characters from all over the world interacting in this zombie infested world.  The franchise has not only showcased some amazing fight choreography and action sequences but delivered the goods when it comes to the numerous monsters on display and death throughout.  Very few long running horror franchises have been able to have a protagonist as engaging and dynamic as Jovovich’s Alice and that is a testament to the commitment of the actor to the character and the Anderson’s writing to continue to test the character with new obstacles. 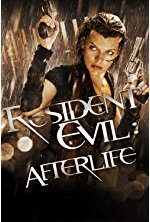 In terms of Box Office, all the films have grossed over $100 million at the Worldwide Box Office with the distinct oddity of The Final Chapter being the lowest growing Domestically (whereas Afterlife (2010) has the highest Domestic gross of the franchise with $60 million).  Obviously, the franchise is more of an International Box Office phenom then a domestic one.  By the time The Final Chapter was released earlier this year, interest in the franchise here was gone; only the die-hard fans came out to see how the franchise would finally end.  Internationally, the film did extremely well with over $285 million (a franchise best)!  With these numbers, even though the current run of Anderson films has come to an end, there is already talk of rebooting the franchise and starting over.  It should also be noted that the third film in the animated franchise Vendetta (2017) was also released this year (but Anderson has nothing to do with the animated films that stay more faithful to the games). 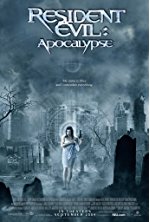 I don’t particularly like all the films in the franchise myself.  I still love the original film which is straight forward and retains the simplicity of an action-horror film that showcased both Jovovich and Michelle Rodriguez’ talents for kicking ass and looking good while doing it.  I hated the Apocalypse (2004) as the cast was not nearly as strong as the original but it did add Oded Fehr and Jared Harris to the otherwise forgettable cast and I never liked the look of Nemesis.  They were back in form with Extinction (2007) but I think it’s because director Russell Mulcahy gives the film a great visual look and style with the desert looking apocalypse landscape (he did, after all, direct Highlander, Tale of the Mummy, and Resurrection, to name a few) and they added Ali Larter to the franchise (one of the great additions).  Anderson returns behind the camera with Afterlife (2010) which is the first to film in 3-D (with the same cameras used for James Cameron’s Avatar); all subsequent films would also get the 3-D treatment (I should know as I saw them all in 3-D on opening weekend).  Afterlife would bring new life into the franchise with its bolder color palette and more balletic fight choreography as the fights would become even more dynamic then in previous films.  Anderson’s cinematography would be the best here than in any of the previous films as the film took the strengths of the previous films and amplify them more.  Retribution (2012) would be a step down (in my opinion) as it focused more on the action sequences and less on the story as the whole film didn’t really seem to go anywhere as if it was a filler film for the next impending film (needless to say, Box Office for this film would dwindle tremendously from the previous film which became the franchise high domestically).  The tepid Box Office and audience response to this film meant that it was time to call it quits and thus The Final Chapter was released with a whimper domestically but to enthusiastic response Internationally.  This is one of the stronger films in terms of the actual story and plot as you see a lot of the stories of characters you’ve come to know finally come to a satisfying end. 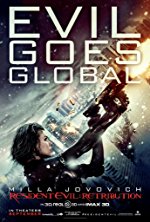 In terms of longevity and profitability, the RE franchise is one of the most successful despite the quality of some of the films which is typical of any franchise that’s run through six films (and three animated films) over the course of 15 years.  Anderson was able to have actors come and go throughout the run of the series keeping continuity and consistency which is also rare with horror franchises (or any franchise).

I’ve always been a huge fan of the films and will continue to be one even when the franchise is finally rebooted for the next generation.  This was a franchise by and from fans to and for the fans and that is a rare thing indeed.