I’d like to first say that even though it’s now February, I’m still thinking about what a great year 2016 was and all the amazing films, live events, and books I read that helped make the year better than 2015.  At the beginning of 2016 I told myself I was going to read more books than in 2015 because as a writer I should be reading more fiction and non-fiction to be able to craft more well-rounded and compelling stories.  Although I didn’t fulfill my overall goal of the year, I did manage to read a good amount of non-fiction books which in my opinion is always a good thing.

Of the fiction books I read I managed to finish “The Meowmorphosis” from Franz Kafka and Coleridge Cook which is a mash-up take of the Kafka classic except the main character morphs into a giant cute kitten instead of a cockroach.  Being a huge fan of Kafka’s story I enjoyed the novelty of the book but to me giant cute kittens are just as terrifying as cockroaches.  I also managed to read my first Elmore Leonard novel with “Raylan”, which is a sequel to the show Justified (based on Leonard’s series of novels).  I loved this novel so much that I plan on going back to read more Leonard novels because he has a great style as an author.  I was completely disappointed with John Shirley’s novelization of “Resident Evil: Retribution.”  I’ve read all the books based on the films and this is the worst of the lot; it took me a while to get through the book because of the style of writing which wasn’t on par with any of the previous novelizations.  I’m hoping that the novelization of “The Final Chapter” is much better.

I will say that a majority of the non-fiction books I read this year were film related.  I started the year off with another book on director David Cronenberg (if you remember I read two in 2015); “Cronenberg on Cronenberg” which is edited by Chris Rodley was an excellent book on the insight of the infamous director of Scanners, The Brood, The Fly, Dead Ringers, and countless others and getting into his process of crafting these films was key to the books success.  Now this isn’t a new book but because the process of crafting these films isn’t going to change reading this book was instrumental into getting into his head.  I would love to read an updated version of the book where the director discusses his more current films.  Along these same lines is “Lucio Fulci: Poetry & Cruelty in the Movies” by Antonio Bruschini & Antonion Tentori.  Not the best book on the infamous director as it spends more time on synopsis of the films rather than on any meaningful discussion of the films themselves but it works for those with a cursory knowledge of the director and his films.  Not really for those of us who have read many of the other books dedicated to the director.  Another film related book that I managed to finish was actor Gunnar Hansen’s “Chainsaw Confidential: How We Made the World’s Most Notorious Horror Movie” which details the making of the original Texas Chain Saw Massacre for the perspective of the man that played Leatherface.  This was another great book as it really got into the heart of what it felt like to be on the set of this infamous film from beginning to end.  Hansen has a clear and concise way of presenting his story that is engaging and entertaining at the same time.  It is said to say that this was his final book before passing away in 2015.  Life Books also put out the excellent “Life: Science Fiction: 100 Years of Great Movies” which every film fan should make sure to pick up in order to put together their own list of “must see” films. 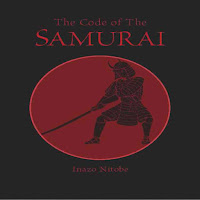 A couple random books that I finished reading this year include Inazo Nitobe’s “Code of the Samurai: Bushido: The Soul of Japan” which is more of a coffee table book about everything as it relates to Bushido and “30-Second Religion” edited by Russell Re Manning.  I’ve been reading several of the books in the “30-Second” series and they are a quick and informative reference guide to all sorts of useful and helpful subjects.  I’m currently reading one of Ancient Egypt and well tell you how it is next year.

Imagine Publishing updated it’s “100 All-Time Greatest Comics (Third Edition)” which for comic fans is a must read.  I learned a lot a great many comics that are now on my “must read” for 2017.  As you know I read a lot of graphic novels but even this list had tons of titles I wasn’t even familiar with.
On the supernatural side of things, I read “An American Haunting: The Bell Witch” edited by Brent Monahan and based on the true story of the Bell Witch incident (which was recently made into the film An American Haunting).  This was the entire story of the legend and even those who have watched the film will be able to know all the real details of what allegedly happened.

Magazine Library series.  A couple years ago Rue Morgue started putting out books in there Library series on many different topics geared towards horror fans and fans of the magazine.  I managed to get through five of them last year – “Blood in Four Colors: A Graphic History of Horror Comics”, “Cryptic Collectibles: A Concise Compendium of Creepy Keepsakes”, “Horror Movie Heroes”, “Horrorwood North: The Extraordinary History & Art of Canadian Genre Cinema”, and “Weird Stats & Morbid Facts.”  I could go into detail about each of these books but suffice it to say that these are an excellent series of books from all different aspects of the horror genre.  All of them are well written and put together and informative.  These are some great additions to any horror fans book shelf and since they each contain hundreds of photos they are great to look at as well.

Now that I look forward to 2017, I still need to get off my ass and read more fiction books and read more variety of non-fiction books (because I read too many books on film) but that’s something I’ll have to work on.  I’ll let you know next year how it goes.
Posted by Kevin L. Powers at 1:29 PM