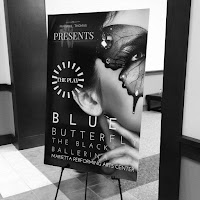 2016 was a massive year for me and going to live theater shows and events as I saw more than twenty shows!  I’ve discovered over my journey in 2016 that I love to go see live events.  I’ve managed to go to many different venues that I didn’t even know existed from The Legacy Theatre (where I saw the musical “1776: The Musical”) and The Fern Theatre Company (who put on a magnificent production of Shakespeare’s “Lear” with a whole female cast in an outdoor venue) to the Classic Center Theatre (where I saw “42nd Street”).  I also happened to spend a lot of time in 2016 at Atlanta Comedy Theatre watching some amazing comedians such as Rodney Perry, Jonathan Slocumb, K-Dubb & Tyler Chronicles, and Tony Rock, to name a few. 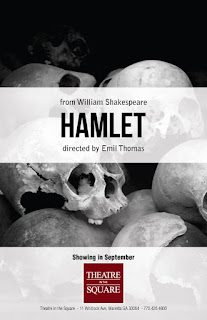 Working in the theater industry, I had never actually taken time to watch many of the shows that were “classics” but 2016 was the start of something new and different for me that I hope will continue for years to come.

In addition to the all-female version of “Lear” I also saw another version of Shakespeare’s “Hamlet” put on by the New Theatre in the Square in which the roles were all gender swapped.  It was unique seeing a production of a female Hamlet.  Although the New Theatre in the Square doesn’t have the same production values of its predecessor I must give it to them for putting together a unique production and hope that future productions will be just as unique.  Early in 2016, I also managed to capture a production of “Driving Miss Daisy” from the New Theatre in the Square which had its inspiration more anchored in the film version.  I’ve seen this production before done better but I have to hand it to them for putting great details into the set for this production if nothing else.  I also managed to take part in one of their T.G.I.F. Comedy Shows but since this was a mixed bag of local talent the less said about this one the better.

I managed to see two shows at Horizon Theatre this year with “Sex With Strangers” and “The Toxic Avenger” musical.  Both were well done productions but being the horror fan that I am I enjoyed “The Toxic Avenger” immensely as (surprisingly) the cult film fits great in the musical format.

In addition to the traditional Broadway musicals of “1776” and “42nd Street” (both of which were excellent productions), I also saw “In the Heights” (an Aurora Theatre and Theatrical Outfit production) and “Scrooge: The Musical” (from OnStage Atlanta Theatre Company).  I enjoyed both productions but have to say that “In The Heights” is probably my favorite musical of the year.  This was an amazing production from all production and casting fronts and I’m glad I could see it.

On the smaller scale of productions, I saw Alliance Theatre’s production of “Moby Dick” which had an extremely long first act followed by an amazing second act (unfortunately I witnessed several people walk out during Intermission never to return).  On the smaller front I saw “Blue Butterfly: The Black Ballerina” (from Marrietta Performing Arts Center) which put on a very good production but I was more impressed with their casting which they seem to go with the best actor for the job and not the best actor who looks the part; this idea of color blind casting helped them to put on a great production despite any other limitations that the production may have had.   I also saw the “World Premiere” of “Farming Beauty” (from Center Stage North Theatre); it seems that this theatre company loves to produce plays from up and coming talent and I’m more than willing to help out
whenever I can.

I also managed to catch the productions of two one-man plays.  The first is “Nobody: The Story of Broadway’s Bert Williams” (performed at Stockbridge Community Arts Center but was a touring production).  The play used projection and a detailed single set location to present the true story of Bert Williams who was the first African American to take a stab at Broadway.  Next up I saw the production of “DAR HE: The Story of Emmitt Till” (another touring production staged at The Centre for Performing & Visual Arts of Cowete County) which I originally saw the film version of but wanted to see the live version since the main star was in both; this was a great production where is was interesting to see where the film originated from and what needed to be changed to transition from play to screen.

In terms of live events, I was able to see Enduro Cross (at Infinite Energy Arena) and the concert B.A.P. Live on Earth 2016 World Tour (at Cobb Energy Performing Arts Center) but I was more impressed with the lone magician show I witnessed – “Joseph Lozoff: Life Is Magic” (at The Centre for Performing & Visual Arts of Cowete County).  I had never seen a “live” magician performance and I was impressed by just how much I didn’t know about the craft and arts of magic.  I want to see more magicians in the future. 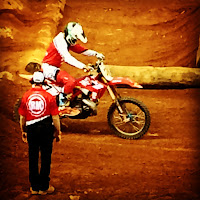 One of the most impressive shows I saw all year was Cirque Du Soleil’s
“Toruk: The First Flight” (at Infinite Energy Arena) which was inspired by James Cameron’s Avatar film.  This happened to be my very first live Cirque show and it did impress.  I am now a Cirque fan and hope to see every show that comes to Georgia as I now want to see them all “live”.

All in all, 2016 was a great year for seeing a variety of different shows and events more than I’ve ever seen in any given year my entire life.  I’ve discovered that there are so many venues out there putting on great shows and events and that I (and by extension You and every one else you know) should try to see and experience as many of them as I can.  I’m pretty open when it comes to live events and in addition to loving to see comedians perform live, I also love watching magic shows and prefer my musicals live rather than as a film.
Posted by Kevin L. Powers at 1:48 PM