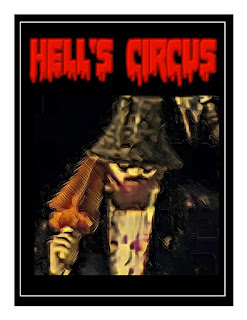 I love web series when they are done right.  What’s not to like about a serialized story broken up in many different parts that keeps you on the edge of your seat from one episode to the next?  Web series remind me of the old serials that ended in a cliff hanger that had you on the edge of your seat until the next episode was released and you (finally) got to see how the main characters get out of their cliffhanger from the previous episode.  Unfortunately, the first episode of the web series Hell’s Circus (titled “Playing the Woods”) does nothing to set up the premise of the series or present a story that you haven’t already seen a thousand times before.

The story starts with a group of friends arriving at their camp site ready for a night (or maybe longer but it isn’t really made clear) of drinking and fun.  They wonder around a lot aimlessly until that night when they have a campfire drink-fest which has three of the guys venture off into the woods (briefly) only to return claiming that one of them heard footsteps in the woods.  As two of the friends go to their car to grab the gun they have stashed in the car, the episode ends before reaching the five minute mark.

That’s generally it.  No real set up for the premise.  None of the characters are established.  No one does anything to make the whole story interesting or at least suspenseful or scary (this is, after all, a horror web series with clowns).  It’s all a bland set up for (hopefully) something more sinister to come (because at least the web series has a great title in Hell’s Circus) but there is no indication in this premiere episode why I should even bother to wait for any more.  This episode lacks the drive and determination of a suspenseful horror story and its cluttered with clichés and barely established characters.  The rest of the production values aren’t much better as the audio levels are all over the place and the harsh red lighting of the campfire scenes call attention to themselves, and not in a good way.

The series is from Sitrep Productions and is written and directed by Francheska Arroyo who has a rough road ahead in terms of getting audiences hooked on this web series.  This being said, the entire cast do seem like they’re having fun and if future episodes do start to focus on character and suspense then when the clowns finally show up it may have been worth the wait. 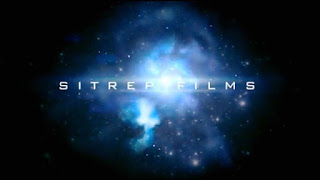 You can catch the latest episodes of the web series on the Sitrep Productions Facebook page - https://www.facebook.com/sitrepmovies/